Why You Need to Forgive and Reconcile Now 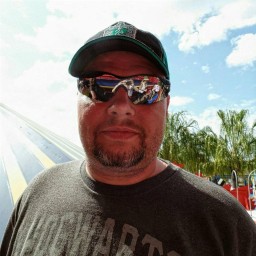 This message on why we forgive and reconcile was one that kind of fell into my lap. Struggling one week for something to teach, I spent my morning devotional studying Joseph's story.

Reading my Facebook news feed, I was bombarded with people from both sides of the political parties here in the United States arguing viciously about issues they were passionate about.

As I sat down and dug deeper into the story of Joseph, I discovered the story of a man who had every right to be angry with his circumstances, but chose to forgive and reconcile with the family who had abandoned him.

There are several men mentioned in the Bible named Joseph, but this one was the great-grandson of Abraham. His story is found in the book of Genesis from chapters 37-50.

Joseph was about 17 years old and he had 10 older brothers. He was his father's favorite, and was given a colorful (or ornate) coat by his father.

Joseph's Brothers Plot to Kill Him

Angry, Joseph's brothers hatch a plan to kill him. Reuben decides to convince his brothers to put him into a well where he planned to come back and save him.

The brothers put Joseph in a well, and Reuben leaves to formulate Joseph's escape. While the brothers are still at the well, some foreigners come along, and Levi convinces his brothers to sell Joseph into slavery to make some quick cash.

Reuben returns to find the well empty, and his brothers tell him that Joseph was killed. They returned to tell their father the news.

Joseph was sold into Potipher's house. Potipher was Pharaoh's captain, and Joseph worked his way up in the household.

Potipher trusted Joseph with everything in his house. It wasn't long before Joseph caught the eye of Potipher's wife.

She desired to be with Joseph and tried to seduce him several times, but Joseph evaded her temptation. One day she laid a trap and when Joseph fled, she grabbed his coat and used it to convince her husband that Joseph tried to defile her.

Joseph was thrown in prison. Again, he worked hard and found favor with the warden. Joseph was given large responsibility as a kind of trustee.

Two new inmates joined Joseph, the royal baker and Pharaoh's wine bearer, and each of them had a dream. They told Joseph their dreams in hopes that he could tell them what they meant.

As he revealed the meanings of each of the dreams, both came true, as the baker was put to death while the wine bearer was restored to his position. Joseph asked the wine bearer to remember him.

Years later, Pharaoh has a dream that none of his advisors can interpret. The wine bearer remembers Joseph and tells Pharaoh about him.

Pharaoh calls Joseph up and tells him the dream. Joseph says it means there will be 7 years of abundant crops followed by 7 years of famine.

Joseph then asserts that he would store up crops for the first 7 years so that they will not starve during the famine. Pharaoh puts Joseph second only to him in all of Egypt.

The Past Comes Back

When they arrive, they don't recognize Joseph, but he knows who they are. He tells his servants to give them food, but take the money they paid with and sneak it back into their bags.

He talks to them and discovers that he now has a younger brother. He tells them that when they return to Egypt, they must bring this brother.

On the ride home, they discover that their money was still in their bags, and were afraid they would be thought of as thieves.

When their food runs low again, Jacob again sends his sons to Egypt, but Levi tells their father that they told the Egyptian about their younger brother, and he insisted that Benjamin be brought back when they returned.

When they arrive, again Joseph's servants are instructed to give them food and sneak their money back to them. This time, Joseph also has them hide his cup in Benjamin's belongings.

After leaving, they set camp for the night. Joseph's guard comes upon them and tells them they have stolen something of Joseph's. The brothers agree that whoever stole the cup will be his slave. Of course, the cup was found on Benjamin.

When brought before Joseph, the brothers plea for Benjamin's release. Then Levi offers himself in his brother's place.

Overcome with emotion, Joseph sends his servants out. He reveals his true identity and tells his brother to bring Jacob back to him.

They do, and Joseph cares for him until his death. After returning to the land his great-grandfather owned to bury him, his brothers again become afraid he will see revenge.

They devise a plan to tell Joseph that his father wanted him to forgive them. It's what Joseph does next that caught my attention (and brought a tear to my eye).

Joseph tells his brothers that all is forgiven. Everything. Their request could have re-opened this old wound.

He'd spent years in slavery, and more in prison, but Joseph told his brothers that their actions put him in a position to save them and their father.

The story of Joseph presents a type of Jesus, that is a kind of foreshadowing of the true nature of Jesus.

Why should we forgive?

The Bible tells us to

The Bible makes no bones about it. It says we should forgive one another. I know what some of you may be thinking. "What about eye for an eye?"

God instituted eye for an eye as a limiting punishment, not a standard. Jesus made very plain that forgiveness was the way to handle those who wrong you.

Paul also continues this narrative throughout the letters he writes. In fact, the entire book of Philemon is a plea for Philemon to forgive his slave, Onesimus.

Throughout his ministry, Jesus forgave people of their sins, and urged his followers to do the same.

In the book of Matthew, he is questioned by Peter as to how often we should forgive someone. I imagine Peter thought seven times was quite generous as Hebrew tradition held forgiving 3 times was customary.

Jesus turned that tradition upside down by saying 70 times seven. As seven is the number of completion in the Bible, it's not 7 (7 * 10). It's more like infinity times infinity times 10.

Then Peter came to Him and said, “Lord, how many times could my brother sin against me and I forgive him? As many as seven times?”

We face consequences if we don't

People don't like this one. If I'm honest, I really don't like it myself. But I am called to lay myself down so I can follow Jesus.

God is merciful, and God is JUST. He is faithful to forgive us of our transgressions WHEN we forgive others.

Some have argued that the following verse does not mean what it says, but I might also assert that in the Lord's prayer (Matthew 6:9-13;Luke 11:1-4), Jesus echoes the same sentiment "...forgive us our sins AS we forgive those who sin against us..." (emphasis added)

God reconciled us to himself

So if God forgave us and Jesus paid the penalty of death, what would be the point of this sacrifice if we were to remain distant from God?

If God wanted to separate himself from us, he could just let us die off, but he doesn't. We serve a personal God, who treasures a relationship with his creation.

Everything is from God, who reconciled us to Himself through Christ and gave us the ministry of reconciliation:

We are called to live in peace

When Jesus came to Earth, many of the religious leaders missed his presence. Many of us ask if they memorized 300 different prophesies about him, how they could not know who he was?

They were looking for the Messiah, the one who would bring freedom to the Hebrew people. The Hebrews wanted a military leader to remove Rome from Israel.

Jesus turned the world on its head by insisting on peace, even to the point of praying for your enemies.

Pursue peace with everyone, and holiness—without it no one will see the Lord.

We must be reconciled before coming to God.

While it is true that God is forgiving and offers unconditional love, his mercy is meant to be shared amongst his followers.

Many of us don't have a problem with forgiveness, in fact forgiving others usually helps us more than it does the offender as it allows us to let go of the offence.

When examining scripture, we are called to more than mere forgiveness. Reconciliation is required before we can offer sacrifice to God.

So if you are offering your gift on the altar, and there you remember that your brother has something against you, leave your gift there in front of the altar. First go and be reconciled with your brother, and then come and offer your gift.

Do I always have to forgive and reconcile?

I need to caution you that some situations require careful consideration and quite often boundaries are required to proceed with reconciliation.

These boundaries may require you to bring another person to ensure your safety or sanity. Remember that forgiveness is not about venting wrongs, but releasing them and yourself from the damage of sin.

All the longer your delay, the more your sin gets strength and rooting. If you cannot bend a twig, how will you be able to bend it when it is a tree?

Forgive your neighbor for their offenses even if they don’t seek forgiveness, Christ did on the cross for those who crucified him. This includes your fellow countrymen who vote differently, act different, make different choices. We are called to love.

He said to him, “Love the Lord your God with all your heart, with all your soul, and with all your mind. This is the greatest and most important command. The second is like it: Love your neighbor as yourself. All the Law and the Prophets depend on these two commands.”

I Encourage You to Keep Studying the Bible

Maybe you are a new Christian and you are asking, 'What is Bible study?' There are many Bible study guides and Bible study tools available online, or you can even find more studies on this site.

Drop me a line if you need help finding a study that's right for you!

Welcome! I'm Trey Murray, and I'm on a mission to help you see the amazing life God wants you to have when you surrender to him. The Only Bible was created to help new and less mature Christians build a deeper relationship with Christ by creating a firm foundation through Bible study, prayer, and spiritual growth.

Please log in again. The login page will open in a new tab. After logging in you can close it and return to this page.